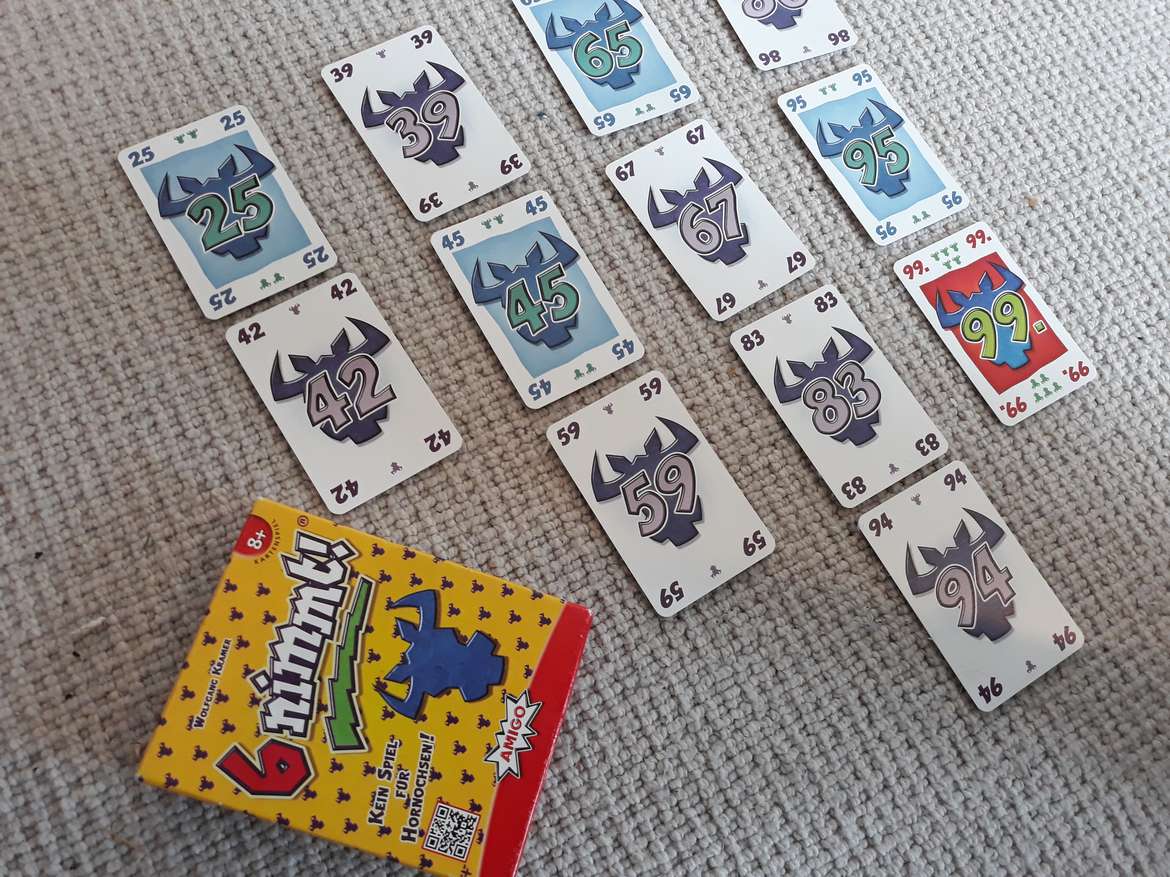 The game has 104 cards, each bearing a number and one to seven bull's heads symbols that represent penalty points. A round of ten turns is played where all players place one card of their choice onto the table. The placed cards are arranged on four rows according to fixed rules. If placed onto a row that already has 5 cards then the player receives those five cards, which count as penalty points that are totted up at the end of the round. Rounds are played until a player reaches 66 points, whereupon the player with the least penalty points wins.