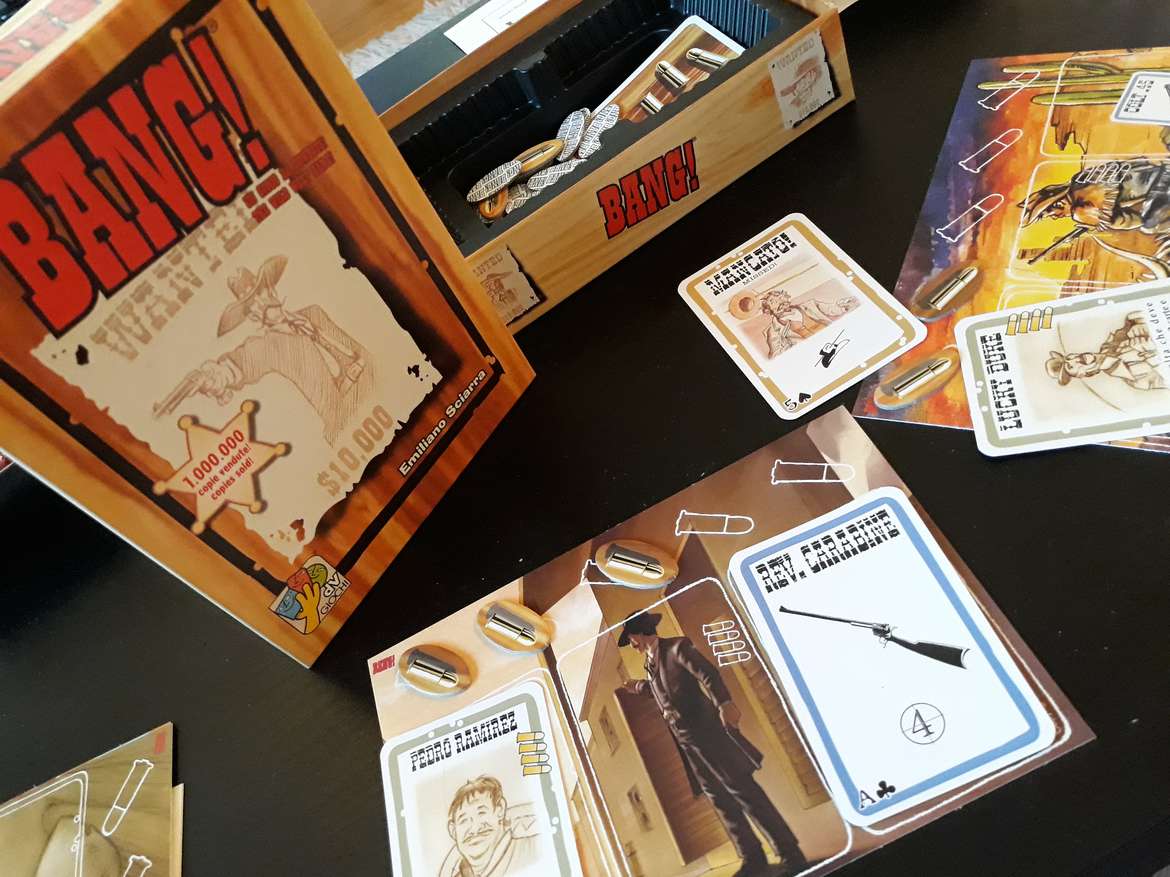 In the U.S. wild west, the eternal battle between the law and the outlaws keeps heating up. Suddenly, a rain of arrows darken the sky: It's an Indian attack! Are you bold enough to keep up with the Indians? Do you have the courage to challenge your fate? Can you expose and defeat the ruthless gunmen around you?

Bang! The Dice Game keeps the core of the Bang! card game in place. At the start of the game, players each take a role card that secretly places them on a team: the Sheriff and deputies, outlaws, and renegades. The Sheriff and deputies need to kill the outlaws, the outlaws win by killing the Sheriff, and the renegades want to be the last players alive in the game. Each player also receives a character card which grants him a special power in the game.

The Sheriff reveals his role card and takes the first turn of the game. On a turn, a player can roll the five dice up to three times, using the results of the dice to shoot neighbouring players, increase the range of his shots, heal his (or anyone else's) life points, or put him in range of the Indians, which are represented by nine tokens in the centre of the table. Each time a player rolls an arrow, he takes one of these tokens; when the final token is taken, each player loses one life point for each token he holds, then the tokens are returned to the centre of the table. If a player collects a trio of Gatling symbols on the dice, he fires one shot at everyone else and rids himself of Indian tokens. Who'll get his shot off first?

Play continues until one team meets its winning condition - and death won't necessarily keep you from winning as long as your teammates pull through!