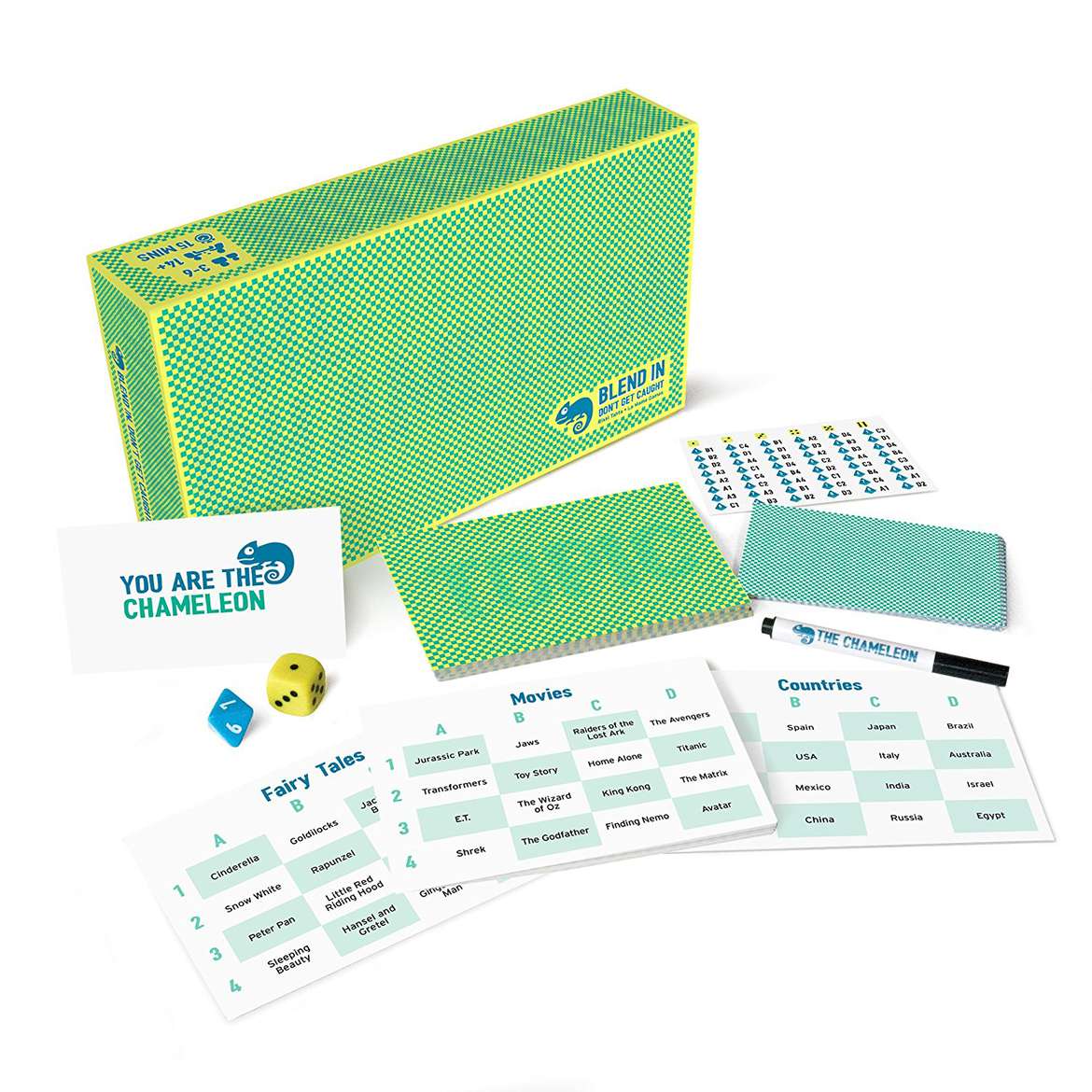 Shuffle a Chameleon Card into the Code Cards and hand them out. One of you is now the chameleon. Roll the dice and use your Code Card to find the secret coordinates. (If you’re the chameleon, just pretend.)

These coordinates lead you to one of sixteen words on the Topic Card. Each player now says one word to prove that they know what the secret word is. Next, everyone votes on who they think they imposter was.

If you voted for the wrong player, the chameleon gets away and wins the game. If you did manage to vote for the chameleon, they still have a chance to escape by guessing the secret word.